The Island of Eternal Spring

Tenerife is known throughout the world as the Island of Eternal Spring. Its geographic position, in an imaginary strip around the world in which you find some of the best holiday spots in the world, means that this slogan is not far from truth.

The reasons for the gentle climate are the prevailing winds - the trade winds - the orography of the terrain itself and the cold Canary current, which ensures that the coasts and beaches of Tenerife always enjoy magnificent temperatures, sometimes above the temperature of the air.

In general, the Island´s climate is mild, temperate and moderate throughout the year. There are no seasons of extreme cold or suffocating heat. Average temperatures fluctuate between 17º and 18º C in winter, up to 24º or 25º C in summer. These relative and general values are especially applicable in coastal areas where most of the tourist resorts are sited.

In the previous section (flora and fauna) information was given about the enormous variety of scenery in Tenerife. This also implies a wide variety of micro-climates, which is one of the most surprising and attractive aspects of the Island.

Tenerife is located in the subtropical zones, in the same latitudes where the great hot deserts of the northern hemisphere are found, among them, the nearby Sahara. However, the presence of a high belt pressure, the Azores anticyclone which creates a great atmospheric stability, softens the temperatures of the island´s climate. The influence of the Canary Island cold current, part of the current system of the North Atlantic, introduces water colder than the normal in these latitudes, cooling the surface layer of air over the sea.
Trade winds blow most of the year, generated by high pressures of the Northern Atlantic, which are loaded of humidity in their voyage through the ocean.  Upon impact with the island terrain, they condense into a blanket of clouds, called stratocumulus, which bring humidity to the island surface.  This phenomenon occurs on the slopes facing north-northeast, while in the slopes facing south and west, the air, once it has reached the top, is dry and warm, increasing the temperatures and sunshine, reducing the humidity of leeward islands. The regime of the northeast trade winds or northeast weather makes the most common type of weather in the island.
Another common type of weather in Tenerife, at any time of the year, is when the warm winds of southeast are blowing, coming from the Sahara, which brings dust in suspension, a rise in temperatures and a decrease in humidity and visibility. This type of weather is known as “south weather”.
In winter, there are frequent disturbances associated with general circulation in the west, a characteristic of the northern hemisphere. Sometimes, they are low pressures that drop in latitude towards the south, when the west circulation slows down and weaken the Azores anticyclone, common in the area of the Canary Islands.
Sometimes, it is cold storms originating in mid-latitudes. Depending on their latitude and size, low pressures arrive from the north-northwest or south-southwest, producing strong winds and heavy rains in quantity and intensity, which can result in occasional flooding. Rainfall is heaviest in areas exposed to winds from the southwest and northwest.
Either way, the overall climate of Tenerife is characterized by the thermal softness, the irregularity of rainfall and the influence of factors, such as exposure, altitude and direction of orography, causing many local climates or micro-climates, which represent a significant value, offering favorable conditions for activities development, such as agriculture and tourism, generating a rich biodiversity of species and ecosystems. 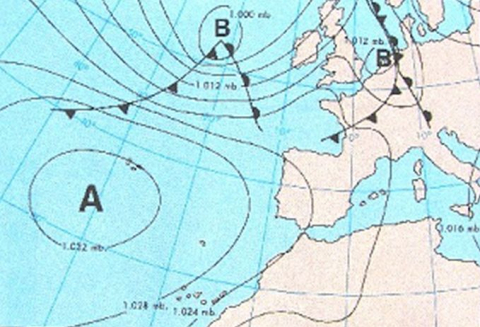