The honeys of Tenerife

The climate and terrain of Tenerife endow the flora with some very special features. These floral combinations and the endemic plant species are the reason for the diversity and originality of the honeys of Tenerife.
The honeys of Tenerife come from some 10,000 mobile hives distributed all over the island in the care of some 500 bee keepers, who take care of their small hives with all the loving care of the craftsmen they are. The native bee of Tenerife is the black bee, producing some 150,000 kilos of honey a year on average, accounting for 50% of all the honey produced in the Canary Islands.
Moving the hives in search of the best blossoms at any one time allows bee keepers to obtain some very special honeys, which offer a wide range of flavours and unusual colours that are not found in other honey producing areas, from the Light colours and less intense flavours of the Broom and Bugloss honeys, to the dark colour and stronger taste of the banana - avocado honeys, covering the whole range of ambers and golds. 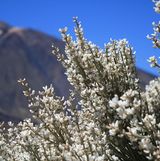 Tenerife produces some exquisite multi-flower, or "milflores" honeys with surprising characteristics, due to the multiple combinations of flowers possible, as there is no dominant species of plant. The honeys of Tenerife are classified according to the altitude they are produced at, hence, we have High Mountain, Foothills and Coastal honey. 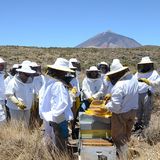 The island also produces single flower honeys, when the nectar comes from a single plant, or from a small number of plants. 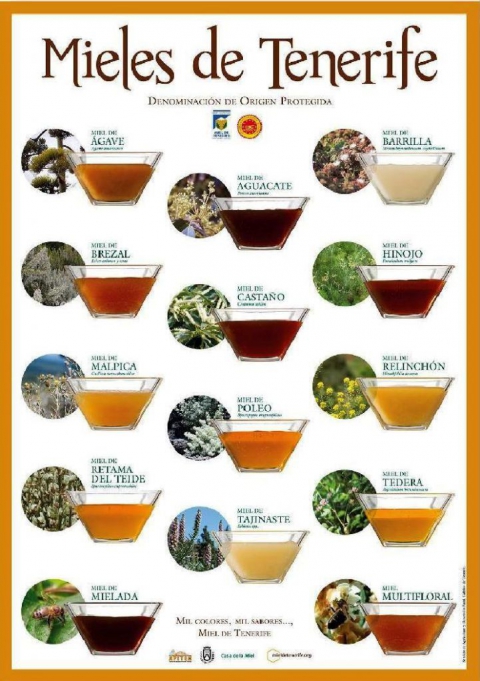