The Autonomous Community of the Canary Islands is one of the seventeen regions of Spain. Like the rest of Spain, it forms part of the European Union, although it does maintain some specific differences in comparison with the other regions of Europe.
The political capital of the region is shared by the two provincial capitals: Santa Cruz de Tenerife and Las Palmas de Gran Canaria.
Each of the islands also has its own governing body, called an Island Cabildo. The Tenerife Island Cabildo building, in Plaza de España, has become a symbol of the identity of Tenerife over the years. The island is divided into thirty one municipalities. The University is based in the former capital, La Laguna, and many countries maintain consulates in the island.
Although most of the population is catholic, many other religions, especially European religions, are represented by their own places of worship on the island for historical reasons.

The Island Council of Tenerife is the institution responsible for governing the Island. It was founded in 1913. Its headquarters are located in Plaza de España in Santa Cruz de Tenerife and it has a network of offices and citizen service centres in different municipalities throughout the Island. The Island Councils, in their current structure as local authorities, were the result of the Law of 11 July 1912. Their name refers to the institutionalisation of the organisation resulting from the Conquest of the Free Islands (Tenerife, Gran Canaria and La Palma) by acknowledgement of the Catholic Monarchs in the charters granted to them and which can subsequently be identified with the idea of a Single Administration in each island territory.

This new administrative Law in the Canary Islands, passed in Madrid during the presidency of the liberal José Canalejas and approved by King Alfonso XIII, did not arise from or respond to a rational decision by the state legislator to resolve specific substantive problems, but rather was implemented as a solution to what was known as the Island Dispute, which at the time had become a problem for the State which needed to be addressed. The Island Councils Law did not divide the Canarian Province (a single province), maintaining the former Canarian Provincial Government, created 100 years previously in the Constitution of Cádiz of 1812, with a single capital in Santa Cruz de Tenerife. Therefore, the main problem remained unresolved, leading to the aforementioned law by Canalejas. The biggest achievement of the 1912 law was to recognise the legal personality and independent organisation of each of the seven islands of the archipelago. The 1912 Island Councils Law restored and acknowledged an institution which represented administrative guarantees for the Canary Islands and which had been linked to the idiosyncrasy and collective mentality of the people of the Canary Islands, as a distinctive historical fact.

At the same time, this "brilliant formula", as it was described at the time by Marcos Guimerá Peraza, one of the historians who perused this matter with interest, emerged with the aim of conserving the deteriorated unity of the Canaries. The Canarian Provincial Government disappeared in 1925, giving way to the Councils which became part of the Provincial Federation of Island Councils. (One Province, one Canarian Provincial Government, one Provincial Federation of the seven councils). However, the purpose of the regional consolidation represented in the Courts by the prominent statesman José Canalejas, which took shape in the 1912 Island Councils Law and the subsequent Regulation, was thwarted on 21 September 1927 as a result of the Royal Decree Law which proceeded to divide the Canarian Province during the dictatorship of Primo de Rivera. After the provincial division, the councils were regrouped in two Inter-Island Provincial Federations: That of Santa Cruz de Tenerife is made up of the councils of Tenerife, La Palma, La Gomera and El Hierro (Santa Cruz de Tenerife being the capital). The president of the Tenerife Council, between 1924 and 1927, was Estanislao Brotons y Poveda, who was also the first president of the Santa Cruz de Tenerife Provincial Federation and the fifth President of the Tenerife Island Council.

During the 40 years of the Franco dictatorship, the Councils and Provincial Federations were maintained with similar competences as those assigned during their creation. The provincial division was therefore preserved but differences between Gran Canaria and Tenerife were maintained, although logically less aggressively than in the past. Furthermore, the 1950 Local Government Act, and the subsequent recast text of 1955, had only one article dedicated to regulating the special status of the Canary Islands, in which the Councils were recognised as independent administrative bodies.

The 1972 Economic and Fiscal Regime Law definitively consolidated the Island Councils by granting them an independent and sound tax office, through taxes, luxury tax and special tariffs. Moreover, the Islands were recognised institutionally in the 1978 Constitution, guaranteeing their independent administration in the shape of the Councils. In the 1985 Law on the Foundations of the Local Government, the Councils were considered "as governing, administrative and representative bodies of each island". From that moment, an improvement in their financial capacity, on one hand, and their de facto status as a valid representative before the central government, resulted in the Statute of Autonomy considering the councils as institutions with a dual role: island governments as well as autonomous institutions. This reflects the respect and difficulty of the state legislator to categorise such a unique institution in the framework of the Spanish legal and public organisation. Later, the Canarian Parliament passed two Council Laws. The Law of 1986 and that of 1990, the latter modified by that of 1996, granting the island corporations with autonomous, at the time state, competencies, through transfer techniques and intersubjective delegation. The specific system of the Councils as genuine island governments was therefore consolidated and they were granted a particular organisation and function, in line with their competences and institutional position and with the unique social and political characteristics of the Islands. 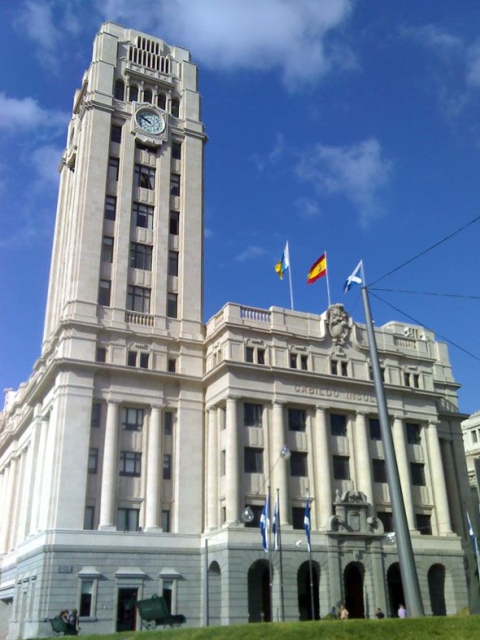