About sixty concerts, eight great orchestras, outstanding batons, soloists, chamber musicians and scores of all periods will make classical music sound in the Canary Islands from January 12 to February 11, 2023. The International Music Festival of the Canary Islands (FIMC), as every winter for almost four decades, will reach all the islands in a 39th edition marked, above all, by the debut at the Festival of several ensembles and musicians. In addition, the Festival 'En Paralelo' returns, with a diverse and complementary program. It will also be the first time for many of the works to be performed: 45% of the repertoire has not been played before at the IFCM.

And with a golden brooch turned into a desire for peace: the presence in the Canary Islands of the Kiev Symphony Orchestra, with a very special program in a very difficult year for its musicians due to the terrible war affecting their country. Along with the Ukrainian, the great formations that will visit the islands are the BBC Philharmonic, the Bamberg Symphony, Maggio Musicale Fiorentino, Chamber Orchestra of Europe and Chamber Orchestra of Scotland, besides, of course, the two resident orchestras: Sinfónica de Tenerife and Filarmónica de Gran Canaria. The return of conductors such as Ton Koopman and Andrés Orozco-Estrada and the debut at the IFCM of world figures such as the pianist Daniil Trifonov, are other milestones of the 39th edition.

The Festival reserves the right to change the programme in the event of unforeseen circumstances or force majeure. 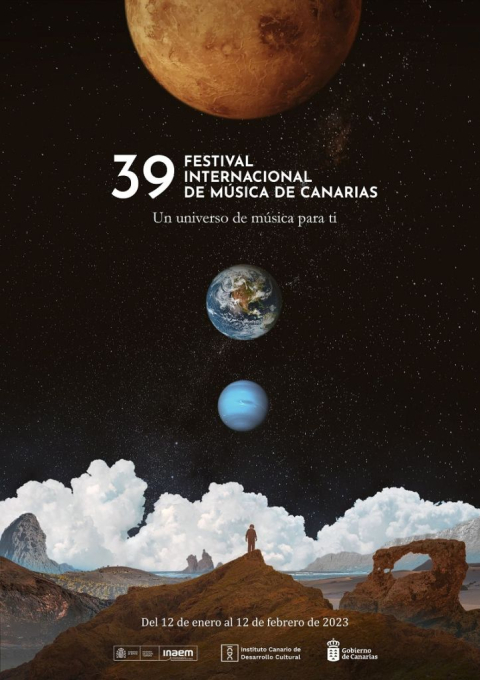