NUESTRA SEÑORA DEL ROSARIO - OUR LADY OF THE ROSARY

In the procession, a group of local young people in uniform accompany the Virgin. Both before and after the fireworks display, the traditional enactment of the "meeting of the boat and the castle ("encuentro del barco y el castillo") takes place, commonly called "la librea". This commemorates the Battle of Lepanto. The main features of the play are a Moorish castle, with a captain and his faithful warriors, and a boat bearing the standard of La Virgen del Rosario, with a captain and crew aboard.

The Librea or Livery of Valle de Guerra

The staging of the Librea de Valle de Guerra, which takes place in northeast Tenerife, is a cultural event, in the form of a Eucharistic play with strong ties to popular culture. It has become the most representative symbol identifying the town of Valle de Guerra. Held on the second Saturday in October in honour of Our Lady of the Rosary, the Librea commemorates the victory of the Holy League over the Turks at the historic Battle of Lepanto in 1571. The forces of the Ottoman Empire were pitched against a fleet of the Christian alliance, constituted by Pope Pious V to halt the expansion of the Ottoman Empire, a perilous threat to Western Europe and North Africa.
The festivity may have begun in 1720, coinciding with the building of the chapel and the first celebration of the feast day of Our Lady of the Rosary, the town’s patron saint. Central to the festivities is the allegorical staging of the battle. Turkish and Christian ships feature heavily in the event and several townspeople step into the roles of John of Austria and Ali Pasha (recent enactments have included Philip II and Miguel de Cervantes).
The vessels engage in a combat which soon favours John of Austria and coincides with the appearance of the Virgin. The event ends with the death of Ali Pasha, who acknowledges the superiority of the Christian god before dying, and with the conversion of the Turkish troops.
Originally alluding to the militia and the parade prior to battle, the Librea has become a symbolic and ritualized depiction of the Battle of Lepanto.

The Librea or Livery
The Libreas of northeast Tenerife are rooted in the tradition of the popular militia. Most have disappeared but they were known to be held in Las Mercedes, Taganana, San Benito, Tejina, Valle de Guerra and Tegueste.
Librea comes from the French livrée, meaning a thing presented to a servant. In 1611 Covarrubias described it as follows: “Heretofore only monarchs bestowed special vestments on their servants. In a manner it is thus today for they are distinguished and differentiated from their fellows and enjoy great privileges and liberties, hence the garb being named ‘livery’”. Another meaning refers to military uniform. The Diccionario de Autoridades (1732) sets out the following definition: “The uniform vestments bearing the colour of the Arms that monarchs, grandees, the titled and gentlemen bestow on their guards, pages and servants”. The Enciclopedia Universal Ilustrada Europeo Americana states that until the 18th century the word was used to describe a uniform or military badge.

Decree 132/2007 of 24 May, which declares the Librea de Valle de Guerra, in the borough of San Cristóbal de La Laguna on the island of Tenerife, a Festivity of Cultural Interest

During the days leading up to the fiesta, tribute is paid to the Canary Islanders that have had to emigrate. The dance of the "libreas", devils and big heads is held to tajaraste music on the eve of the fiesta. The great day starts with the tolling of bells. El Cristo is brought out of the church and is paraded through the streets. The fiesta ends with a firework display and a street party.

These fiestas are held in Tejina in August. There are two striking rituals; in the first, the three districts of the town secretly make their hearts. These are then "put up" in the main square, in the midst of music and festivities. These hearts are made of wood or iron, bamboo, ash branches, fruit and cakes. The second ritual is when an effigy is burned on a bonfire, in the final days of the fiesta. The programme of events is rounded off with recreational activities, sports, cultural events and dances. The firework display is well worth seeing. 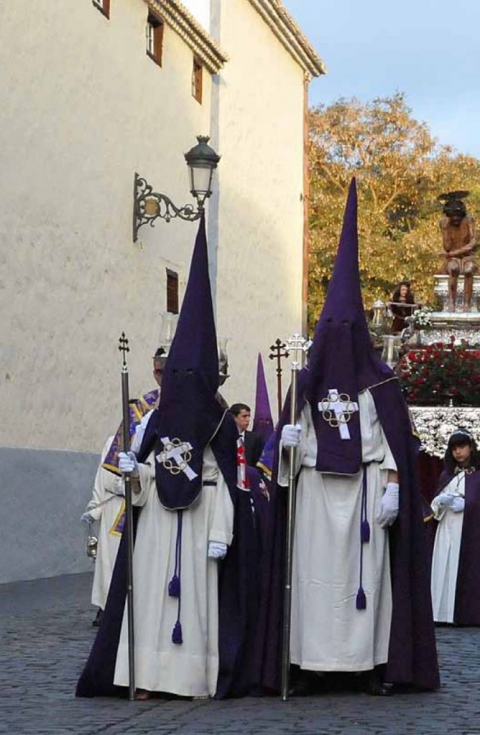