Apart from the archaeological diggings, the original parish church of Santa Ursula is of great interest, with its two naves, it conserves some Gobelin tapestries of the later period, that are considered unique in the religious heritage of the Canary Islands; the panelling is Mudejar and the reredos are from the early Baroque colonial period.

The oldest facsimile of the Virgen de Candelabria is conserved here, along with what is clearly a Montanesque San Juan. There is of course, a figurine of Santa Ursula, of the German school, and other important works.

Visiting hours: At times of service.

The Church of Santa Ursula was built on an original church at the beginning of the 16th century. It has an outstanding ceiling of Mudejar moulding in the chancel, with the main reredos below, which dates from the early Baroque colonial period, presided over by the Patron Saint; Nuestra Señora de la Encarnación, from the 16th century.

The church conserves some 17th century French tapestries from the "Royal Gobelin Workshops of Paris" (later period), considered unique in the religious heritage of the Canary Islands. The late 16th century renaissance reredos apparently belonged to the parish church of Candelaria.

The church also holds a figure of Santa Ursula of the German school (17th century), a San Juan Bautista (Montanes school) and the oldest facsimile of the Virgen de Candelaria, from the 16th century. There is a text engraved on the neck, waist, sleeves and the lower part of the figure's tunic that has led to different Iberian or Etruscan interpretations.

The church also has a silver lamp and an important collection of paintings. 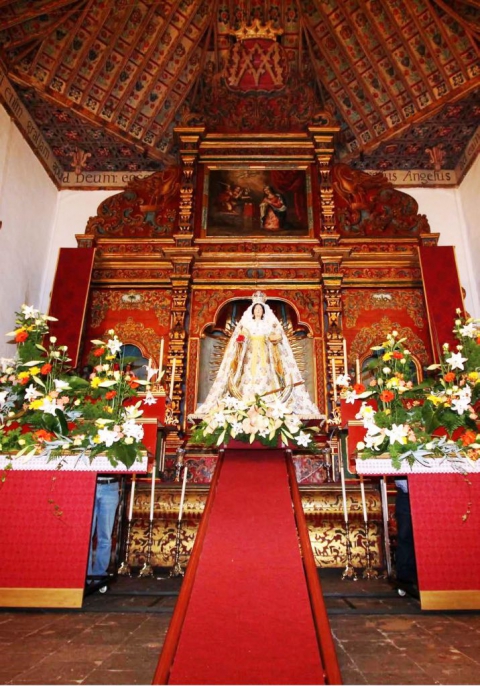