The archaeological map of Tenerife shows a settlement with burial ground in Martiánez and burial caves in Malpaís and María Jiménez.

Apart from that, it is difficult to recommend any specific place to visit without running the risk of forgetting something important, as there is so much to see. For example, the Plaza del Charco is a beautiful 18th century square that used to be a pool that filled up with sea water where you could fish for shrimps; the Plaza Concejil, lined with stately homes, like the Reimers, Ventoso, Iriarte houses and the Red Cross; the late 17th century church square, where the parish church is situated with its valuable artistic legacy inside; the streets of Lonjas and Iriarte; the Castle of San Felipe, built between 1630 and 1644; the San Telmo hermitage, the church of San Francisco and the Taoro Park.

The Botanical Gardens is incomparable and the work of Ceasr Manrique in the Costa Martianez is a masterpiece. These are just some of the many spots to visit in Puerto de la Cruz.

Another interesting visit would be to the recently restored Lime Ovens in Calle de Las Cabezas, next to the Vocational Training Institute. The ovens were used for making lime for the building industry that were manufactured in the early twentieth century and were in operation until 1940. Restoration work has included the recovery of the surrounding landscape, forming a lovely area of gardens. 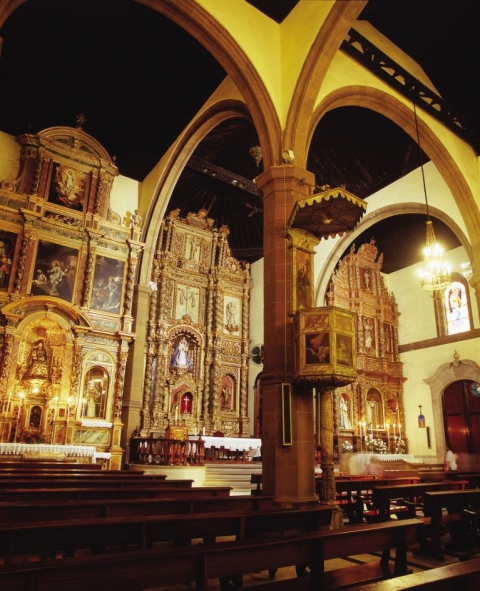