Obviously, there are remains of the pre-Hispanic past to be found in several places in the borough. San Miguel itself, La Aldea, Barranco Orchilla, Barranco de la Tafetana and Barranco del Pilón are all sites were aboriginal remains have been found.

In ravines like Barranco de la Tafetana o Barranco Uchova, there are cave settlements and burial grounds; 74 bodies were found in the Uchova burial ground.

Prehistoric settlement of the coastal area can also be seen in the important archaeological site at Guargacho, about 65 m. above sea level.

It is also interesting to walk the streets of several of the towns and villages of the borough, especially San Miguel itself, which is a very picturesque town.

The parish church of San Miguel is worth a visit. It is a single nave church built along the typical lines of religious buildings of the Island. There are some interesting works of art inside, such as a beautiful painting of Christ.

The Aldea Blanca farm house-barn is another interesting site to visit. It is a left over from a past, in which the borough was the granary of the south of Tenerife; it is surrounded by the only oval-shaped milling ground in the Island. Other sites include the Casa de los Capitanes, near the Calvario church. 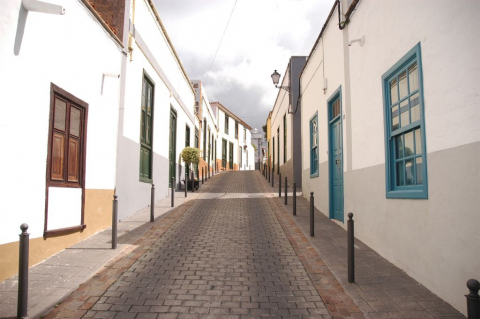