The layout is in the shape of a Latin Cross, with a stone work entrance (classical Baroque) and Mudejar roofing. The tower, with its Portuguese influences, dates from the 19th century.

La Virgen del Carmen presides over the 18th century Main Reredos. The figure was made in Cadiz and brought to the church in 1767.

The Cristo de la Misericordia, in the Chapel of the same name, is another piece worth mentioning, as is the Gothic figure of the Virgen de Abona (or Virgen del Mar), Patron Saint of the south of Tenerife, and the figure of Cristo de Costa Firme, an American work from the late 17th century.

An 18th century Italian style Baroque silver chalice is another important work of art to be found in the church.

The church, built in the first half of the 16th century, conserves a lovely Mudejar moulded ceiling, a late 17th century golden chalice and a marble figure of San Pedro, from the early 16th century, said to be carved b Diego de Silos. 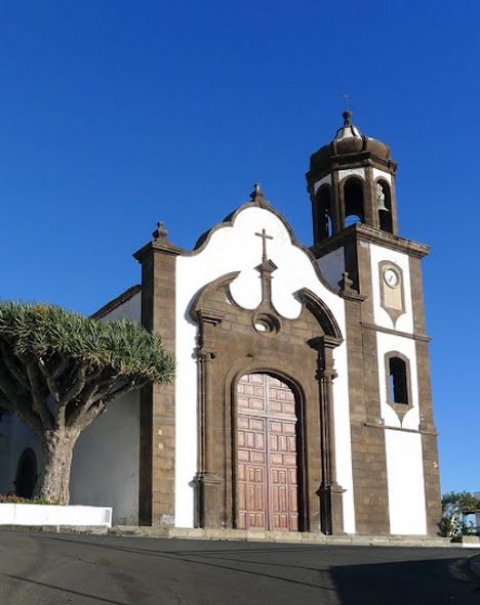