The construction of the original church dates from the 16th century, which was elevated to the category of parish church in 1617. The church was destroyed in a fire and was later re-built in the early 18th century, incorporating the current tower in 1885.

Inside, the church holds Canary Island School carvings and reredos, like the carvings of San Fernando and San Antonio and the holy chalices in tooled silver. Granadilla also had a Franciscan convent, founded in 1665 at the request of the local population, but it was destroyed in a fire in 1745 and later re-built. This former Franciscan convent of San Luis Obispo, that acted as a comedy theatre and Municipal Offices, only retains part of the original structure and of the moulded ceilings as it was recently damaged by another fire. 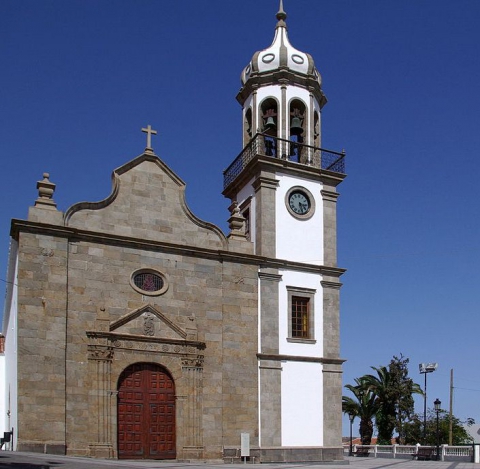