There was already a church here, devoted to San Pedro, at the beginning of the 16th century, but it was Pedro Soler and his wife, Juana Padilla who founded this church in 1550, later elevated to the rank of parish church in 1560 The present church was built in the mid 17th century, over the original church. It has a single nave and is built in Canary Island style, with Mudejar style moulded ceilings. The front and back walls are interesting. The church has no tower, but does have a vertical portion ending in a belfry.

The figure of San Pedro, an alabaster figure of the 16th century, by Aragon artist Pedro Villar, is among the best of its artistic treasures. These also include El Cristo Yaciente, of the Canary Island School of the 17th century, and a small carving of San Pedro, in marble and commonly known as San Periquito.

One of the stately homes that remain in Vilaflor is the Soler house, behind the church of San Pedro, with its broad fortified facade. 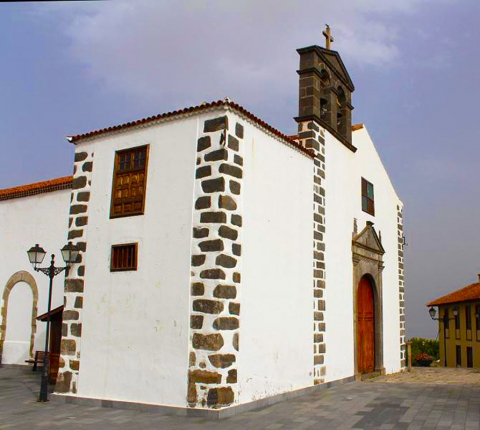