This parish church has changed enormously over the centuries, since it was first built in the late 16th century. Choir, chapels the niche of the Virgin have all been added and the facade was substantially modified in 1926, based on drawings by Mariano Estanga.

It has a single nave, with attached side chapels and Mudejar style moulded ceilings.

In the chapel on the left, the figure of El Cristo de la Misericordia is worshipped, a work of the Seville School from the first half of the 17th century, some say made by Cordovan artist Juan de Mesa, who studied under Martínez Montañés, and considered as one of the most valuable sculptures in the Canary Islands.

The carving of Nuestra Señora de la Luz has an obscure origin - legend says that it appeared in 1521, on the coast near Garachico - and an interesting crown of guilded silver (Mexican, 17th century), although the most remarkable metal work is undoubtedly the late 16th century Processional Cross, which is considered to be the finest renaissance piece in the Islands; there is a broad medallion in the cross of the arms with an engraving of the walls of Jerusalem. The knot of the cross is very beautiful.

The San Sebastián convent, founded in 1649 by Sebastián Pérez Enriquez and his wife, Luisa Francisca Montañés. Belonging to the order of nuns of San Bernardo, it is a simple construction that took on its final form in the 17th century. The structure is as follows: cloister and patio in two parts, an upper one and a lower one. 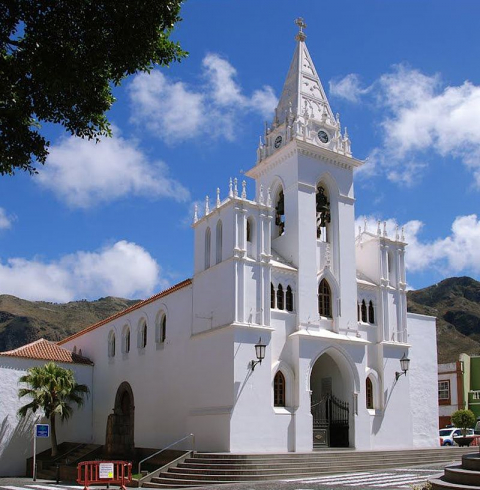